“Neolith it is a visual lament to the ocean in the form of an animated story. The story submerges the viewer by illuminating the light-less world of the Whittard Canyon, a cold coral reef nestled on a continental shelf that lies on the margin between the Celtic Sea and the Atlantic Ocean. The canyon is located 200 miles off the coast of Ireland and 250 miles off the coast of Cornwall and is thought to be around 8000 years old. The canyon has been declared as a Marine Conservation Zone but it is still at risk from human activity, including fishing, deposition of waste, oil and gas extraction and ocean acidification. This complex and beautiful ecosystem hosts a vast variety of fauna, including the three cold water coral species featured in the story; Lophelia Pertusa, Desmophyllum and Anthomastus. In the same way that a poet laureate swears an oath to their residence, the artist makes a pledge to the sea to guard and champion this living monument. The story asks the human race to consider our impact on this ancient habitat and to rally for social and political shifts that will help to minimise damage to these delicate environments.” 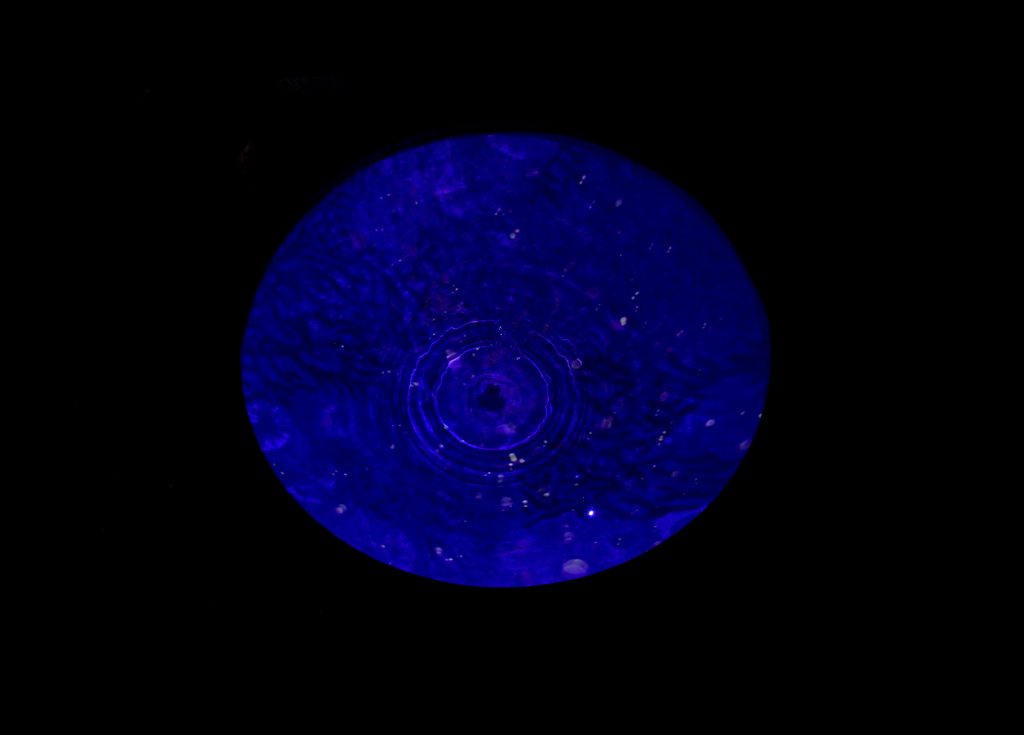 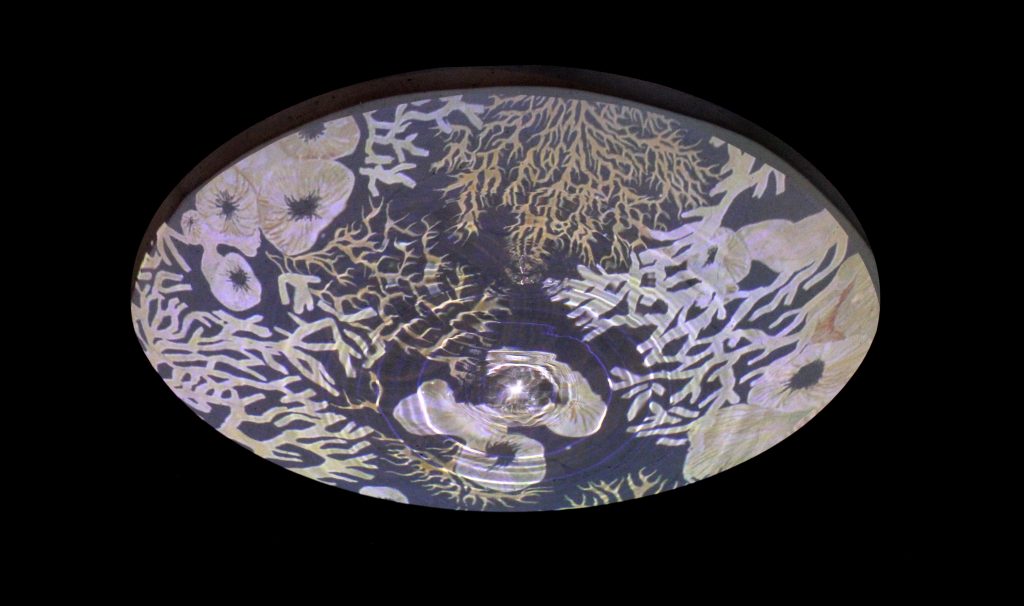 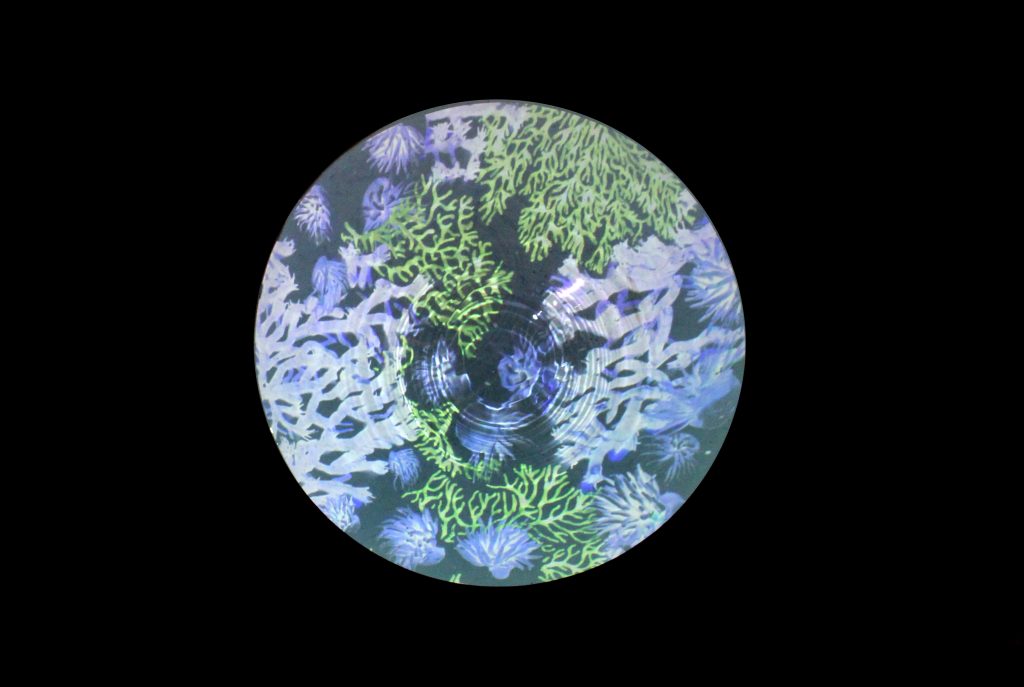 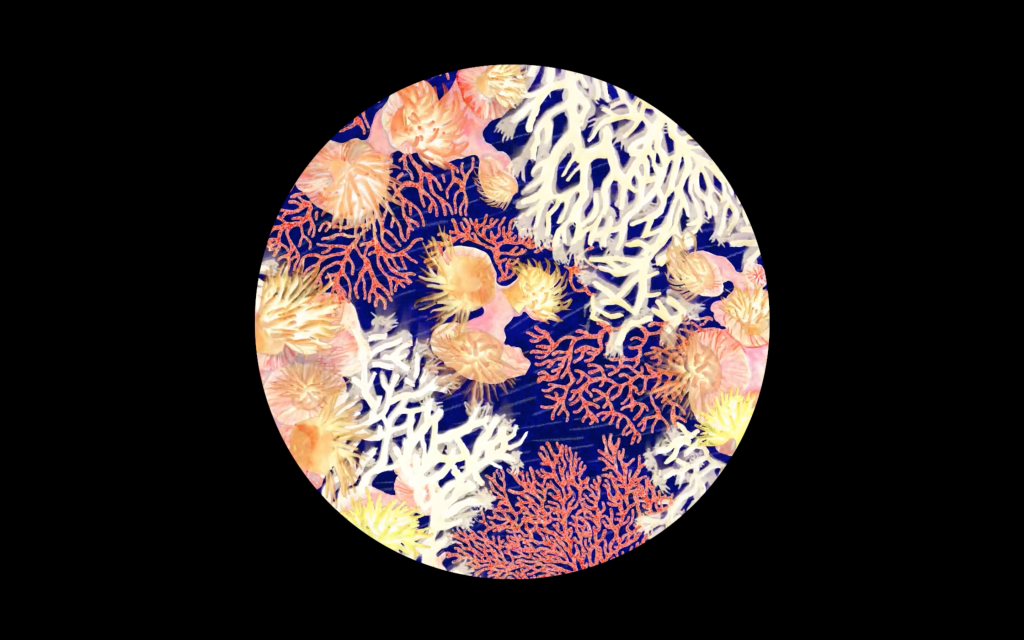